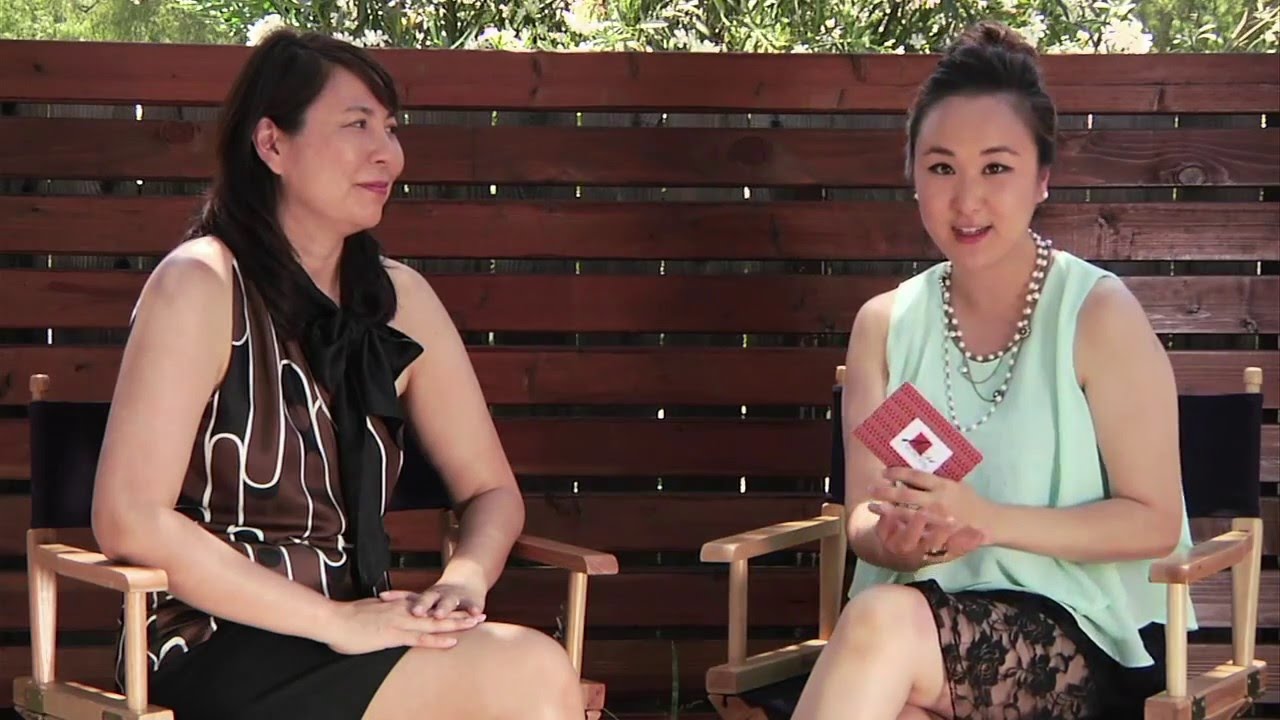 Traditional Media Arts, which include mediums such as broadcast television and film production, remain an important part of preserving history and sharing cultural stories or experiences. From The Toll of the Sea (1922) to the modern tale of Crazy Rich Asians (2018), the representation of Asian American women in film has progressed in major ways–especially in the last decade.

The UCLA Hollywood Diversity Report states that under 5% of Hollywood films feature Asian Americans or Pacific Islanders, both behind and in-front-of the camera. To understand what it’s like to be an AAPI creator in film, ACMA’s Executive Director, Cathlyn Choi, had the chance to virtually sit down with two distinguished Asian American Women in the film industry: Academy Award-nominated screenwriter, Iris Yamashita, and Filmmaker, Christine Yoo, who has worked with studios including National Geographic, Warner Brothers, and SoCal PBS.

This conversation comes from our E4Women in Media Webinar and Panel Discussion from August 27th, 2020, which you can watch on YouTube. If you’d like to join us for our next E4Women event, visit our Webinars page for more information and updates.

Cathlyn: You are one of the very first Korean American women and Asian American filmmakers to produce your own feature film, and your film is Wedding Palace. What was your inspiration behind it, tell us about it?

Christine: The inspiration came from a true, life experience. Not of mine, but somebody that I knew. It was inspired by my family, the wacky kooky characters in my family we don’t often get to see in mainstream media.

Cathlyn: You’ve featured some well known Asian and Korean American actors, including Margaret Cho and Brian Tee. How were you able to cast them? Did you know them personally? How long did it take for you to be able to begin production?

Christine: It’s been a little while, but I didn’t know any of the actors beforehand. I had written the script many years prior, I had used it as a writing sample. It had gotten me all of my screenwriting jobs at the time. But nobody wanted to make a film with an all Asian cast. That was a no-go. Plus, the role that Bobby Lee eventually played, everyone was trying to get me to cast that as a white guy. And I rewrote it a gazillion times, but I really decided to stay authentic to what was true to the situation. I just contacted them—you do what you do and you track people down, what can I say!

Cathlyn: Would you mind sharing briefly your breakthrough story as a screenwriter for Letters from Iwojima, working alongside Clint Eastwood?

Iris: I always loved writing, but having my Asian parents I majored in Engineering. But I always had writing as a hobby. Eventually, I took classes at UCLA Extension while working a full-time job as an engineer. I learned screenwriting through these night classes and decided to enter some competitions with a screenplay I had written. I won a contest, and it just happened that one of the judges was an agent at CAA. So, after winning the contest she picked me up. She heard about a project Clint Eastwood was doing, but neither of us believed I was going to get the job. She put me up for an interview, and I think they were really looking for some authenticity on Japanese culture, so that really worked in my favor. Plus they had a main movie called Flags our Fathers, and this was a different movie that I think they just used their leftover money for on Letters from Iwo Jima. So, long story short, I got the job. It snowballed from there, which was more than I ever expected.

Cathlyn: In your experience, have you seen any social change specifically as a result of your efforts in media? Or do you still see barriers for Asian women in the workplace in hitting the so-called “Bamboo Ceiling”?

Christine: In my day job, I usually work as a TV producer, and I am almost always the only Asian female in the room, usually without exception. Unfortunately, in this business, people work only with who they know, it’s a closed-off competitive world as a result. However, I am probably the most hopeful I have been in a  very long time about the prospects of Asian females in entertainment. I’m definitely seeing more Asian female directors and media content creators. Not just feature-length, but short film length, which is also really important. So, I think there’s a good reason to be optimistic for sure.

Cathlyn: What about you Iris? Being a screenwriter, and having to work with a lot of men in your workplace?

Iris: It’s still very difficult. I was looking at statistics from The Writers Guild of America, and their latest report on inclusivity, and women of color still only make up 7% of screenwriters. When I began it was 4-5%. This is on the film side. But on a more hopeful side, television is getting a lot better. I think women now make up 44% of TV writers. So that’s definitely been increasing. People of color now make up 35%. When you’re talking about Asian Americans specifically, it’s much less of course. It’s like 8% for both males and females in TV. But there’s still a lot of work to do. When it comes to positions and levels, the writers of color tend to be around the middle. The showrunners and executives at higher levels are white men. But I think it’s getting more hopeful, especially post George Floyd. People, across the board, are trying to be more inclusive in general. It’s a good outlook for the future.

Cathlyn: If you could travel back in time, what advice would you give to your younger self?

Christine: Not to ask for permission. When I finally said, hey it’s okay, make your first movie. Nobody is actually going to give this to you, you don’t need anybody to say yeah go out and do it. I wish I had started that earlier.

Iris: I was kind of naive going into the business. I came from the engineering world where it wasn’t quite as difficult to be Asian or an Asian female. I don’t feel like I was equipped. I hadn’t gone to film school either. I would have studied this industry more, especially the business side. Try to be more confident being an Asian woman, and figuring out how to navigate that aspect of the industry.

Cathlyn: Who do you admire most in the field of media and why?

Christine: I actually don’t know if I can answer that question to be honest. Maybe….Michelle Obama!

Iris: I also think it’s a very difficult question. But considering the theme of today’s webinar, Sandra Oh is a woman who’s really broken a lot of barriers. She really goes out there as a strong Asian woman who’s achieved lead roles in both television and film. That’s just amazing. There are a lot of women I admire, that’s just one who popped into my head right now.

Jasmine Nauta is a UC San Diego graduate, holding B.A. in Communication with a Business Minor. Jasmine was a Take One Intern during Spring 2020 and is currently ACMA's Digital Marketing Assistant. 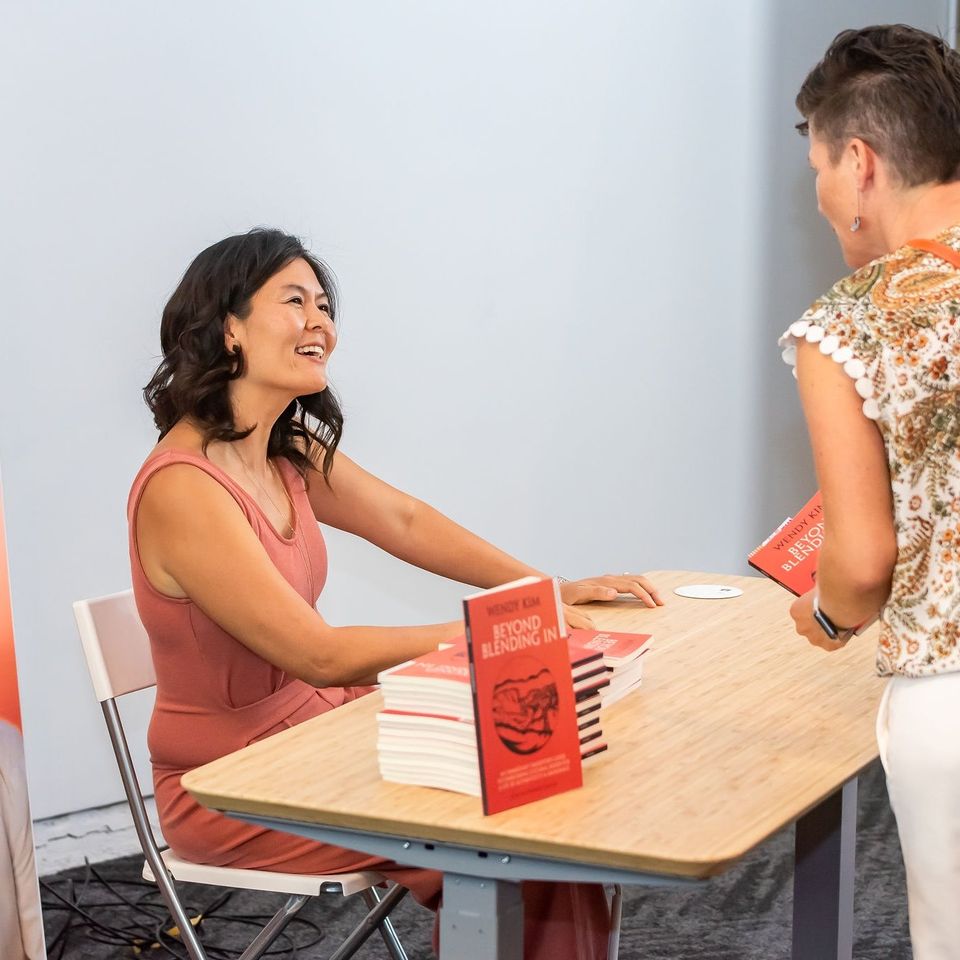 The internal struggles and "in-betweenness" of the Asian American identity are... read more