MediActivism is an online panel discussion for young adults (ages 18-25) who are interested in learning how to understand different forms of media in community activism. We believe that anyone can use media to tell a story, or create awareness and educate others about important issues and events. ACMA is honored to host a special guest panel of individuals who use their knowledge and platform to empower the Asian American and Pacific Islander community.

Our July 27th Webinar is now available on YouTube: 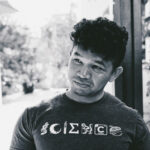 Kayleb Lee, Diversity and Talent Program at The Academy 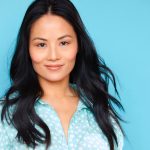 Kiki Yeung is a standup comedian, actress, writer, producer, director and show host. A producer at Titan Sky Entertainment, Ms. Yeung is also the creator of Crazy Woke Asians, whose mission is to provide a platform for up and coming Asian American comedic talents. Born in Hong Kong, Kiki’s family immigrated to Seattle, Washington when she was 12. Through her award winning one woman show, “Second Chances” Ms. Yeung shares a message of empowerment and never giving up on your dreams by transforming into over a dozen characters live on stage. 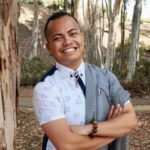 Joseph Allen Ruanto-Ramirez (he, they) identifies as Katutubo – an Indigenous Person from the Philippines – who is part Ifugao, Ilokano, Iranun, Sambali, and Sambal-Ita; coming to America in 1991 as a refugee. They currently serve as the Access Programs Advisor for UC San Diego’s Student Promoted Access Center for Education & Service (SPACES) – supporting the various student-initiated high school conferences and programs for the county. They are pursuing a PhD in Cultural Studies – American Studies at Claremont Graduate University, is part of Asian Solidarity Collective, and is a co-director of the Igorots of California Project. 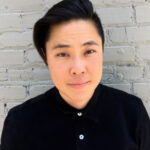 Dr. Ahn’s current project engages in an interdisciplinary study of the political economy and visual politics of South Korea’s pop music export industry, or K-Pop. They focus on how the global marketing of Korean idol and idol groups, through music videos and other promotional content released by Korean record labels and governmental agencies, is reshaping cultural imaginaries about Korea in the post-millennium, especially in the U.S. Attending to a marked growth in interest in K-Pop as an object of study among undergraduate and graduate students, They are designing a multimodal online teaching companion in addition to producing a traditional scholarly manuscript.

Professor of Sociology at MiraCosta College, Ms. Ha was born in Vietnam and came as a refugee to the U.S. in 1975 as part of Operation Frequent Wind. She grew up in Houston, Texas, and earned her Doctorate in Sociology from the University of Texas at Austin. Ms. Ha currently serves on the Board of Directors for the Oceanside Promise and ACMA’s Scholarly Advisory board.  She’s an associate producer of the documentary film, “Seadrift” (2019), inspired by her research and book chapter on Vietnamese refugees in Texas’s fishery industry and the KKK.

Learn about ACMA’s other Webinar Series.