Dr. Marissa’s newest book “8 Ways to Happiness from Wherever You Are” has hit 8 Bestseller Lists including #4 Denver Post and #1 Amazon and 4 Book Award Medals, becoming the foundation to her Happy88 Mission, helping 8 million more people be 88% happy in the next 8 years.

Dr. Marissa, introduced to Oprah as the “Asian Oprah” shares her passion and knowledge as an organizational psychologist on radio, TV, online media and corporate stages worldwide.

In her beloved New York Times bestsellers Snow Flower and the Secret Fan, The Tea Girl of Hummingbird Lane, Peony in Love, Shanghai Girls, Dreams of Joy, and China Dolls, Lisa See has brilliantly illuminated the strong bonds between women. These books have been celebrated for their authentic, deeply researched, lyrical stories about Chinese characters and cultures.

Hula Ramos is a former On-Air Radio Personality and Producer in his hometown of San Diego. He has worked over 19 years on various radio stations in San Diego including Channel 933, Star 94.1, Energy 103.7, KSON KyXy 96.5, and Sunny 98.1.

Hula has become a widely known Filipino-American radio personality-becoming a beacon to the Asian American and Pacific Islander community that it is possible to create a space for their success in the radio and podcast industry.

The Japanese Friendship Garden (JFG) is an expression of friendship between San Diego and its sister city, Yokohama. It illustrates two cultures and creates an immersive experience into Japanese culture. JFG’s design is based on centuries-old Japanese techniques adapted to San Diego’s climate and florae and seeks to foster a relationship between humans and nature, providing a respite attuned to Japanese simplicity, serenity, and aestheticism.

Shaina Ghuraya
Rising Star Award
Shaina is a graduate of the University of Southern California's Master of Fine Arts program in Film and Television production. She jokes that she is a triple threat (disabled, Punjabi, and a woman), and is a fierce activist for people with disabilities. At USC Shaina has developed her style as a director - bold, unrelenting, and quirky - and is focused on making comedies that promote diversity and inclusion.
Sasha Foo
Broadcast Journalism Award

From San Diego, CA, Sasha Foo had her very first broadcasting role in the 1980s and has since spent decades in the news and broadcast journalism space all over the United States. Sasha Foo was CNN's very first Asian-American news anchor–a breakthrough for representation on mainstream media. She most recently left KUSI after 17 years of unique and personable reporting and storytelling.

Based in Los Angeles, CA, Quyen Tran is a cinematographer and storyteller. Most widely known for her work on Pali Road (2015) and Palm Springs (2020). When creating any piece, documentary, or narrative feature, Quyen Tran makes the aspect of telling a story a priority above all else. For her ability to create such an impact through film media, ACMA has awarded her the Film Media Arts Award.

Honoring an individual who has performed an outstanding service and accomplishment spanning a lifetime career in Television and Film. 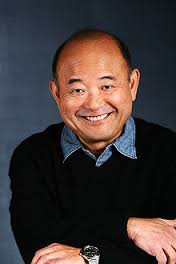 Clyde has appeared in hundreds of roles calling for a variety of indeterminate ethnic origins spanning over 40 years including Hawaii Five-O, Kung Fu, MASH, Magnum PI and Midway and Star Trek Next Generation.

Clyde was the first Asian American to be elected as the President of SAG/AFTRA, local Los Angeles Chapter and was elected the first National Vice President Los Angeles, an office he currently holds having been re-elected in 2015. 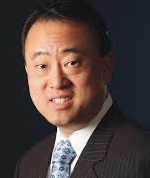 John is the Founder and CEO of AXIANTA Financial Partners, LLC. (AFP) and commands a sales force of nearly 6,800 agents, practices in 26 states, with all 42 offices throughout the United States. Additionally, John is the co-founder of a non-profit organization called “ALL FOR ONE” which provides child prosperity centers for children around the world. 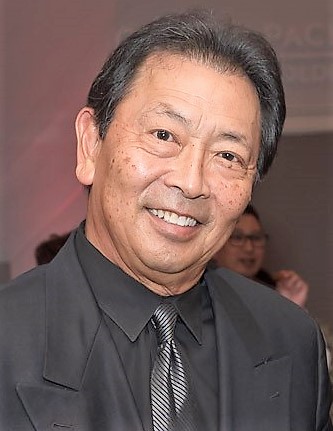 Lane is a Sansei (third generation) Japanese American actor, filmmaker, playwright, and performance artist. His work often deals with Asian American history and identity issues. He is widely known for a series of one-man shows, including Life in the Fast Lane, I’m on a Mission From Buddha, Mifune and Me and others.

He directed and starred in the independent feature film, Only the Brave and has written and directed two short films about World War II veterans, Forgotten Valor and When We Were Warriors. Lane’s latest film products include two documentary short films called Never Forget and Our Lost Years. 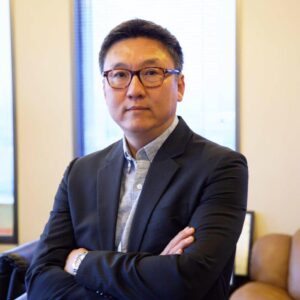 Eric has been in the forefront of promoting Korean culture, music, and entertainment through Television Media in the US for over a decade. He is the founder and CEO of Television Korea 24, Inc, the first 24 Hour Korean network available nationwide as a digital cable service, currently reaching over 30 million households.

tvK, tvK2, and tvK-Pop are distributed by International Media Distribution (‘IMD”), a wholly owned subsidiary of Comcast NBCUniversal, a leading provider of single language and multi-ethnic television programming. tvK is available throughout the US on Comcast, Time Warner, Charter, Cox, and many other video service providers. 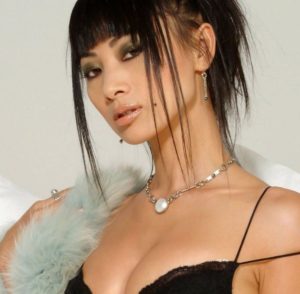 Bai is an award winning Chinese-American actress originally from Chengdu, Shichuan in China.  Bai’s first major American film role was in The Crow (1994). In 1997, she played the lead female role, opposite Richard Gere, in the American film Red Corner.

Bai was named one of People’s “50 Most Beautiful People in the World” in 1998 and has starred in dozens of films including Crank: High Voltage, Wild Wild West, Anna and the King and Southland Tales including TV shows Entourage and Lost.

Presented to an individual (age 29 and below) who have achieved incredible accomplishments and exemplary leadership in Media, while still early in their career. 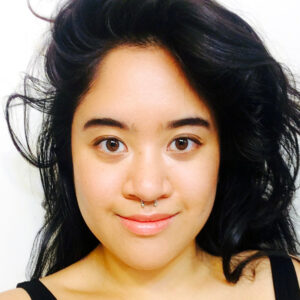 A Filipino-American director, producer, and editor, Alexandra was recently named one of the 100 Most Influential Filipina Women In the World by the Filipina Women’s Network. MSN ranks her feature directorial debut, ULAM: Main Dish as one of the “Top 5 Food Documentaries to Watch” now and more.

As a content producer and editor, Alexandra’s videos for BuzzFeed have achieved over 150 million views and over 1 million shares on Facebook. Previously, she has worked on films, television and digital content for HBO, ABC, NBC, Netflix, Hulu, Sony/Columbia Pictures, Participant Media, Walt Disney Imagineering and more.

Recognizing inspiring API individuals in the news media industry who have made a positive impact in our community by addressing challenging social justice, diversity and civil rights challenges that our API community face. 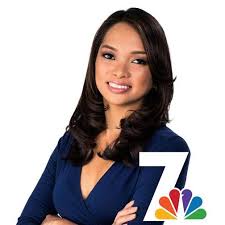 Liberty is a dedicated member of Asian American Journalists Association or AAJA where she served as a board director for the Los Angeles chapter and currently serves the San Diego chapter as president. She was also awarded AAJA National 2017 “Chapter President of the Year”. 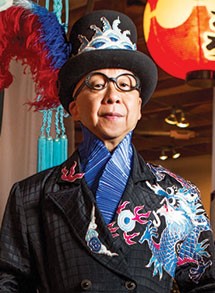 Peter is an award-winning fashion designer known for his colorful, flamboyant designs and originality reflecting the dual influences of his American fashion training at Otis-Parson with his experience as a customer in Hong Kong for television and Chinese Opera.

For over 3 decades, Peter avidly collected Japanese antiques and Japonaiserie to populate his retirement dream of creating a whimsical “Japanese Cultural Village” in an expansive 5,000 sq. ft. museum, boutique and event space designed to exhibit his collection and promote Japanese art and culture. 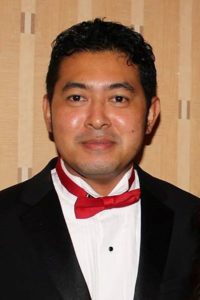 Eddy is a Thai American immigrant who was born and raised in Bangkok, Thailand. He has been in the US for almost 20 years. Eddy received his bachelors from Brigham Young University-Hawaii in International Management and he received his MBA from the University of Wisconsin, with an emphasis in finance. He is currently attending law school. Eddy has been in banking and investment for over 10 years and is currently working for Bank of America and Merrill Lynch as a Financial Advisor. He devoted over 10 years of his life serving his Thai community in San Diego and Southern California promoting Thai Culture. He was a principal of Thai Language and Cultural School in Escondido, board member for Toys for Thailand and BYU Management Society of San Diego. He was a co-founder for Thai American and Asian Alliance of San Diego and served as the president for 4 years. 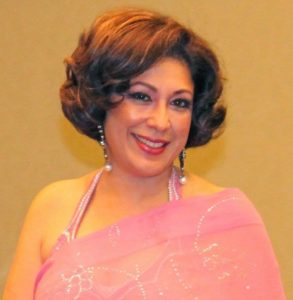 A couturier and fashion influencer, Rohini is the most acclaimed name in promoting high-end couture out of India in America. An Indophile who spent the last two decades in the US, Rohini’s journey began in the mid-eighties in New Delhi where she mastered the myriad techniques of hand embroidery and rich embellishments.

Rohini’s career graph is indeed chequered and dotted with many accomplishments. She has behind her over two dozen befitting charities, myriad promotional tours and a host of Indian designer shows showcasing Indian haute couture. 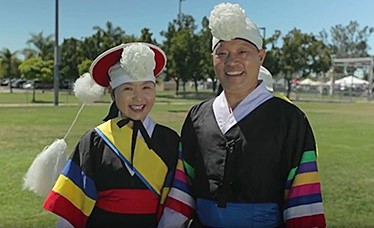 The institute focuses on teaching second-generation Korean-Americans to experience a variety of traditional Korean musical culture and often perform in various events to share Korean culture with other communities. Pungmul School performs in various cultural events and festivals in Southern California throughout the year namely Rose Bowl Parade, Hollywood Parade, Disneyland Parade, and many others.

Founded in 1996, the San Diego Chinese Historical Museum is a nonprofit organization that has since expanded to encompass three state-of-the-art facilities. It is funded by local and international patrons as well as the City and County of San Diego. The museum is dedicated to both Chinese and Chinese American history, which puts us in the ideal position to facilitate cross-cultural communication and understanding. 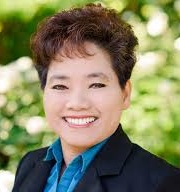 She is the author of several books. “From Refugee to Renaissance Woman” she shares her story coming to the US as a refugee at 13 years old, and her newest book, “Commit to Embracing Your Big Life” offers insights and strategies to building a strong business.

Dr. Letran is actively involved in community services, sponsoring multiple local schools and charity events. She created the Emily Letran Foundation dedicated to providing basic dental care to veterans and families of the disadvantaged background, including the monthly Free Dentistry Day, where she and her dental teamwork to provide free dentistry for the less fortunate in area communities. 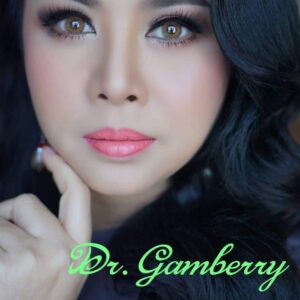 Dr. Nalanchang aka Dr. Gamberry is a certified Master Herbalist and is on the board of the American Naturopathic Medical Certification Board. She currently holds title as MH, NC, HHP, NMD, and 5 Ph.Ds.

For the past 12 years, Dr. Gamberry has provided training on herbal studies and natural medicine to over 20,000 registered members in the USA and over 10,000 in Thailand. She was awarded ANMA/USA American Naturopathic Medical Association for three consecutive years 2016 – 2018.

In 2010, Dr. Gamberry founded Cancer Hope village, a non-profit organization committed to offering alternative treatments and inspiring hope for disadvantaged terminal ill cancer patients to get support and care during the last stage of life through an integrated, holistic approach with nature’s herbal treatment. 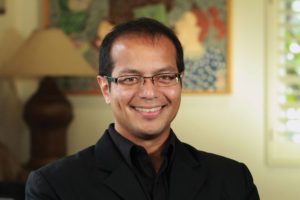 Founder of Silkroad Productions, Dennis Michael is the recipient of numerous awards, commendations, and recognition for his community involvement and outreach efforts. For the past decade, he has hosted and produced many cultural events and festivals in San Diego namely the Asian Cultural Festival of San Diego, the San Diego Ramen Festival, the AMP Music Festival and many other large community events.

Additionally, Dennis-Michael is known for his humanitarian efforts around the globe. He volunteered at an orphanage in Chiang Rai, in northern Thailand, helping to build a classroom; volunteered at an educational center in Banda Aceh, Indonesia, teaching English; distributed water filters where there is limited to no access to clean drinking water in slums and villages in Senegal, Kenya, and Tanzania as well as teaching supplies and school equipment to a poor school district in the eastern part Nepal.

Wells Fargo has been supporting nonprofit organizations that work to strengthen and empower communities. Using financial and human capital to keep the communities strong, diverse, and vibrant, Wells Fargo’s culture of giving back through volunteer efforts connects enthusiastic team members in the communities in which they live and work.