E4Women is a Webinar series produced by ACMA designed to educate, empower and activate younger generations of women of color–especially women of Asian American and Pacific Islander descent–who aspire to pursue pathways in entrepreneurial business and seeking personal growth.

In each Webinar, we will explore different topics including media, business, film. A distinguished panel of experts in these fields will discuss methods, technologies, and strategies for success, as well as share their personal experiences as women of color in pursuit of their dreams. 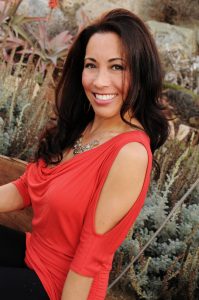 Phoebe Chongchua is a multimedia Brand Journalist, Consultant & Marketing Strategist who makes brands Remarkable. Using her skills as a TV News Journalist, she connects brands and consumers through compelling storytelling. Companies gain a competitive advantage when they learn to “Be the Media.” Phoebe is a “Top 50 Podcaster to Follow.” Listen to “The Brand Journalism Advantage” podcast in iTunes or at ThinkLikeAJournalist.com 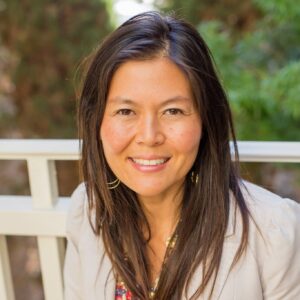 Wendy Kim is a #1 International Best-Selling Author of the book, Beyond Blending In: An Immigrant Daughter’s Guide to Overcoming Cultural Bonds For A Life of Authenticity and Abundance. She is also a Professional Public Speaker, Empowerment Coach and Host of the Beyond Blending In Podcast. Wendy is committed to empowering women of color to find their voice, stand up and step out to make a difference in the world. Wendy is committed is also to diversity inclusion in the workplace and in leadership. 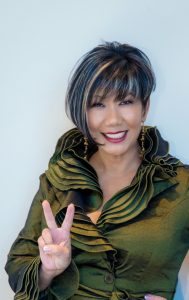 Dr. Marissa’s newest book “8 Ways to Happiness from Wherever You Are” has hit 8 Bestseller Lists including #4 Denver Post and #1 Amazon and 4 Book Award Medals, becoming the foundation to her Happy88 Mission, helping 8 million more people be 88% happy in the next 8 years. To that end, Dr. Marissa, introduced to Oprah as the Asian Oprah, has been interviewed on NBC CBS ABC and FOX in Seattle, San Diego, Las Vegas and was featured on FOX DC as one of their Women’s History Month highlights.
In her spare seconds, she raises recovering teenagers, races sailboats and lives out her life motto: No Regrets for the past and Don’t Die Wondering for the future. 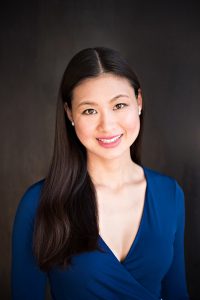 Melodie Tao is an international Keynote Speaker and Social Media Marketing Consultant. Melodie has 15+ years of experience helping sales, service and real estate professionals grow their business online at her company, Marketing Melodie. Melodie is also a LinkedIn Learning Instructor where she creates and teaches courses on digital marketing. For more information, visit her website: www.marketingmelodie.com. 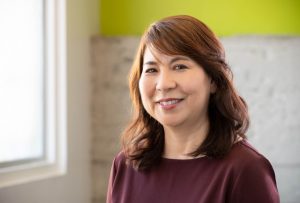 Iris Yamashita is an Academy Award-nominated screenwriter, recognized for the movie Letters from Iwo Jima. The film received a Golden Globe award for “Best Foreign Language Film” and was nominated for four Oscars, including Best Picture. She also conceived and wrote a musical stage show, Out of Shadowland, which was an attraction at the Tokyo DisneySea theme park, and has worked as a story consultant for a video game producer. Iris is currently engaged in writing for both film and streaming media. 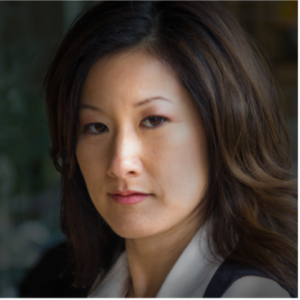 Christine Yoo​ is a non-fiction TV producer, independent filmmaker and volunteer at San Quentin State Prison. As a TV producer, she has worked on series for National Geographic, History, Oxygen, Warner Brothers, Dick Wolf Films, KCET/SoCal PBS and The Africa Channel. As an independent filmmaker, she is committed to telling stories of the under-represented. She is currently in post on her first feature documentary “2​6.2 to Life: The San Quentin Prison Marathon,” the recipient of the 2018 Rogovy Foundation Miller/Packan grant. She is the recipient of the 2020 Sundance/Marshall Project short documentary grant to produce “Friendly Signs” awarded for new voices in criminal justice. Her feature film debut “W​edding Palace”​ (2014) broke ground featuring an all Korean-American and Korean cast, won several festival awards and was released on Amazon and Warner VOD after a 14-week US theatrical run in 6 major markets. Her thesis film “Yellow Belle” was a coming of age story about growing up as a Korean-American in America’s South, which aired on POV and screened in the Busan International Film Festival as well as Asian American film festivals. She co-wrote the anime series ​”Afro Samurai​” starring Samuel L. Jackson for Spike/Fuji TV and her original feature screenplay ​”For Steppers Only”​  was optioned by Lionsgate.

With over 130 Chapters globally, Korean Women’s International Network or KOWIN was established in 2001 with the launch of South Korea’s Ministry of Gender Equality and Family (MOGEF). It’s mission is to empower and promote networking among Korean female leaders around the world, support their advancement in the global community, and nurture international and professional expertise in the next generation of Korean women.

Learn about ACMA’s Webinar for young adults in media: MediActivism.